So, you've had some termites move into your home. Of course you have the obvious things to fear -- the eating away of your home's support beams and the mental image of a millions-strong bug colony living within your walls; but you probably had no idea about some of the other aspects of termites' lifestyles that make them among the worst roommates in the world. Here are 4 more reasons to hate your new house guests.

1.  They Party All Night Long

Don't think for a second that your termites will take the hint and settle down when you turn the lights out. Termites, quite literally, never sleep. Since they're not deep thinkers like humans, their bodies simply don't require any rest.  Instead, they spend every single second of every single day enjoying their favorite activity -- eating.

And, if you are kind enough to oblige your termite roommates with some rock music, they'll party that much harder, gnawing away wood faster than they normally do.

Termites have bacteria in their digestive tracts that turns the organic matter they eat into methane gas. And, since they eat around the clock, they're pretty much constantly passing that methane gas into the air.

In fact, termites are the second largest producers of natural methane gas on the planet. They can't even stand their flatulence problems themselves; some of them build colonies with complex ventilation holes so they can air the place out when they've had too much cedar or pine for dinner.

3.  They're Always Having Relationship Problems

It seems the Mr. Termites of the Asian subterranean species have decided that they like Formosan subterranean females more than the females of their own species. Up until 2012, all male Asian subterranean termites were faithful to their queens, but climate change (probably due to number 2 on this list) now has them straying from home.

These 2 species of termites happen to be the most destructive species in the world, and normally they have different mating seasons. Unfortunately, the last few summers have been exceptionally warm, forcing those mating seasons to overlap in some parts of Southern Florida.

Females of both species emit a chemical to attract their mates, but the Formosan females emit more of this chemical, making them more attractive and leaving female Asian subterranean termites scorned.

4.  Their Kids Are Super Villains

Asian subterranean termites aren't just making buggy-eyes at their new Formosan girlfriends; they're mating with them, and it's really bad news. While scientists don't yet know much about the 2 species' super villain offspring, they do know that Asian subterranean males are producing young twice as fast with their new lady friends as they did with their Asian subterranean exes. Worse yet, these baby termite marvels are super strong and highly adaptable.

If the following generations of these super-termites proves to be infertile, they'll fizzle out in about 20 years. If the future generations prove to be both fertile and temperature tolerant, however, you can expect to see these new kids on the block bullying their way into new territory.

Termites cause an estimated $5 billion in property damage each year, but there are plenty of other reasons to detest these little critters. Once they've invaded your home, they chomp away on your woodwork 24/7, they contribute to global warming, and they're evolving new sub-species that just might make their global impact much worse.

Get rid of your new rowdy roommates by contacting a termite control specialist today. They can exterminate your existing problem and help set up preventative measure so you'll never again have to host a family of terrible termites. 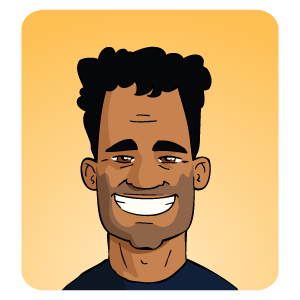 This year, there have been increasing concerns about the tick population in many areas. Ticks are known to spread Lyme's Disease, which can be a horrible illness to deal with for the rest of your life. If you live in a rural area, it is important that you begin planning for the control of the ticks in your yard. If you fail to take the appropriate actions to control the ticks in your yard, you could find your family and pets falling ill because of a little bite by these pesky insects. Visit our site to find out what you can do to put a stop to the ticks on your property.